Our Task: Make Medicare for All the Central Issue in the 2018 Elections

Several of us from HCFA-WA attended the galvanizing Universal Health Care Coverage Conference at the end of June. Here is Mark Dudzic's recap of the Minneapolis conference, captured from the UHCAN conference call. 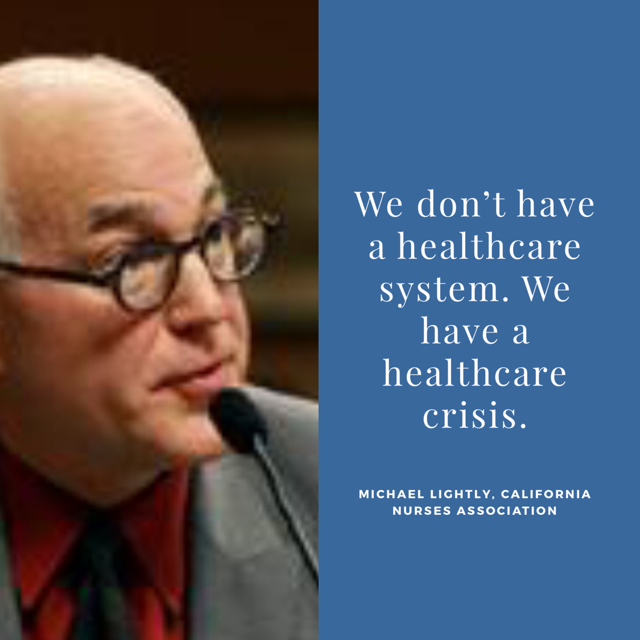 Getting organized for the fight ahead

Rachel: ...First, we'll hear from Mark Dudzic, from the Labor Campaign for Single Payer, which was one of the co-organizers of the Single Payer Strategy Conference in Minneapolis. Mark, I know it was one of the best-attended conferences ever with a lot of energy and excitement, so what do you see as some of the most important take-aways from that conference?

Mark: We heard from the two congressional leaders of the newly formed Single Payer Caucus in the House, Rep. Keith Ellison, and Rep. Pramila Jayapal, as well as a number of candidates running on a Medicare for All platform. That includes a nurse, Erin Murphy, running for Governor in Minnesota, as well as Randy Bryce who is running for the House in Paul Ryan's district.

Several grassroots leaders also spoke, including a West Virginia teacher, disability activists, and José La Luz, a Puerto Rican activist. We are encouraged that a majority of Americans now support a Medicare for All solution, there is growing congressional support, and the Medicare for All issue has become integrated into the vision of politics in a post-Trump world.

There is a series of immediate attacks on a whole host of social programs, privatization of the Postal Service, etc. As we move closer to victory, we need to prepare not to have our movement coopted and be strategic about not bargaining against ourselves...  So, the short version of the politics of how we move forward is that we make Medicare for All a central issue in the 2018 elections. If the Dems win the House, we demand they begin to act to support HR 676 by holding hearings and possibly voting in 2019, and we unite behind a transformative candidate for president in 2020 and that victory brings us into a moment where we can begin to enact things like Medicare for All. The conference attendees talked about how to make this happen.

National Nurses United unveiled the "big organizing" model in which activists overwhelm establishment politicians with a grassroots force built thru one-on-one conversations with our neighbors.

Becky Bond shared the "knock every door" approach used by Bernie Sanders and the Labor Party in England. It engages super volunteers to build the grassroots movement. See her book Rules for Revolutionaries.

Go to the Single Payer Strategy Conference Wiki to see the speeches and for more information.