2020 Primary: Candidates Responses – and about those who did not

Health Care for All Washington helped pass eight important and significant health care bills in the past biennium (although due to the pandemic-caused budget crisis, Governor Jay Inslee vetoed SB 6088, which would have created a drug affordability board). Democrats have had a 58% majority in both the State House of Representatives and the State Senate since the 2018 election. One of our most important pieces of legislation, 2019’s “Pathway to Universal Health Care”, created a Work Group that will present options to the legislature in 2021 session. While everyone is focused on the outcome of the presidential election, the outcome of 2020 State races and is especially important if we are to implement any Work Group recommendations and achieve publicly funded universal health care.

This year, Health Care for All Washington took a new approach to the election, focusing solely on asking one simple question. We understand campaigns are inundated with questionnaires, with many candidates receiving hundreds, often very lengthy. We sought a simple approach that would add value to our supporters, as well as the candidates themselves. Most importantly, we sought information that will help us achieve our mission.

As a 501c4 nonprofit organization engaged in lobbying, with our tax-deductible 501c3 nonprofit arm (Health Care for All Washington Education Fund), focused on educating people, our mission is to achieve high quality, sustainable, affordable, publicly financed, and publicly and privately delivered health care for all Washington residents.

“Do you pledge to support legislation for high quality, sustainable, affordable, publicly funded health care for all Washington residents?”

It is a simple yes, no, or maybe, with an opportunity for candidates to explain their “maybe”. We wanted a simple to manage, and clear answer.

For the Primary, we focused on the 306 legislative candidates, as well as those running for Insurance Commissioner and Lieutenant Governor. The Insurance Commissioner has enormous influence on health care policy, but also oversees the health insurance industry. The Lieutenant Governor serves as President of the Washington State Senate, and, as such, is the lead parliamentarian of that body and helps determine which legislation advances to the Senate floor for debate. They also fill in as acting governor whenever the governor leaves the state or is unable to serve and accedes to the governorship in case of a vacancy.

The good news: 104 of the 138 legislative candidates who did respond are full supporters of publicly funded universal health care. There are some wonderful surprises among supporters, including 15 people identifying as other-than-Democrats, including two Republicans, three Independents, and one Libertarian.

The bad news is the many who did not respond include people in extremely competitive races. Most polls show that health care remains among the top voters’ concerns. Prior to the pandemic, 52% of Washington residents had employer sponsored health insurance. The unemployment rate in Washington is 9.8%, and it is estimated that 700,000 Washingtonians now lack health insurance. You would think that candidates, particularly those in open seats and competitive races would have invested two to three minutes to answer our question, particularly if voters know about their support for publicly funded universal health care.

It is not enough to just look at political party to determine how people will vote on health care legislation. In a potential legislative pickup for Democrats, Darcy Hoffman is taking on State Representative Drew MacEwen in the 35th LD; Republican MacEwen has voted in favor several of our bills, and Hoffman, a Democrat, did not respond to our questionnaire. In the open 25th LD Senate Seat, Republican Emmett Smith pledged to fully support publicly funded universal health care. Neither Democrat Julie Door nor current Representative Chris Gildon, a Republican, responded. In the open seat for 44th State Representative Position 2, April Berg is fully with us, but Anne Anderson did not respond.

Other pickup potentials for Democrats could really make a difference in the outcome of future legislation. In 2019, 19th LD Republican Representative Jim Walsh, who won by a mere 484 votes in 2018, shouted profanities on the Floor of the House during the debate on the Cascade Care Bill, causing a short recess and lecture on decorum. His Democratic opponent this year, Marianna Everson, has pledged to support publicly funded universal health care. In the 10th LD, Senator Ron Muzzall voted with HCFA-WA on nearly every bill in 2020; his Democratic challenger, Helen Price Johnson, did not respond to our questionnaire. In the 39th LD, incumbent Republican Representative Robert Sutherland is being challenged by Claus Joens, whose explanatory statement accompanying his YES response reads like our talking points.

We were pleased to see pledges from 26 House incumbents, and another three who fully support publicly funded universal health care, but who do not make pledges. However, 20 House incumbent Democrats did not respond, even after repeated outreach. We obtained pledges from nine Democratic Senate incumbents running for re-election; three Democratic Senators did not respond. Nor did a single incumbent Republican legislator respond. While HCFA-WA has been thrilled with the huge number of Republican House and Senate members who voted in favor of our bills, none of them took the pledge. We acknowledge the many who are making big progress.

It is always helpful for incumbents and candidates to hear from their supporters, constituents, and/or voters about their responses – or lack thereof – to questionnaires. Voters: are your candidates in the "yes" column? If not, contact them and ask them why. Let them know what access to truly universal health care would mean for you. Find candidate email addresses here.

Ballots were mailed to voters July 15-17. If you have not yet received your ballot, contact your County Elections office (in most counties, this is the County Auditor) right away. Ballots must be postmarked by August 4 or placed in an official ballot drop box by 8 PM.

We would especially like to recognize the following incumbent legislators who have specifically stated their support of publicly funded, universal health care, and who have also sponsored our legislation. We award them our Health Care Champion ribbons and thank them for their leadership!

This project would not be possible without the capable list management and outreach assistance of our intern, Lily Lucas, and our communications specialist and database/website manager Sydnie Jones. 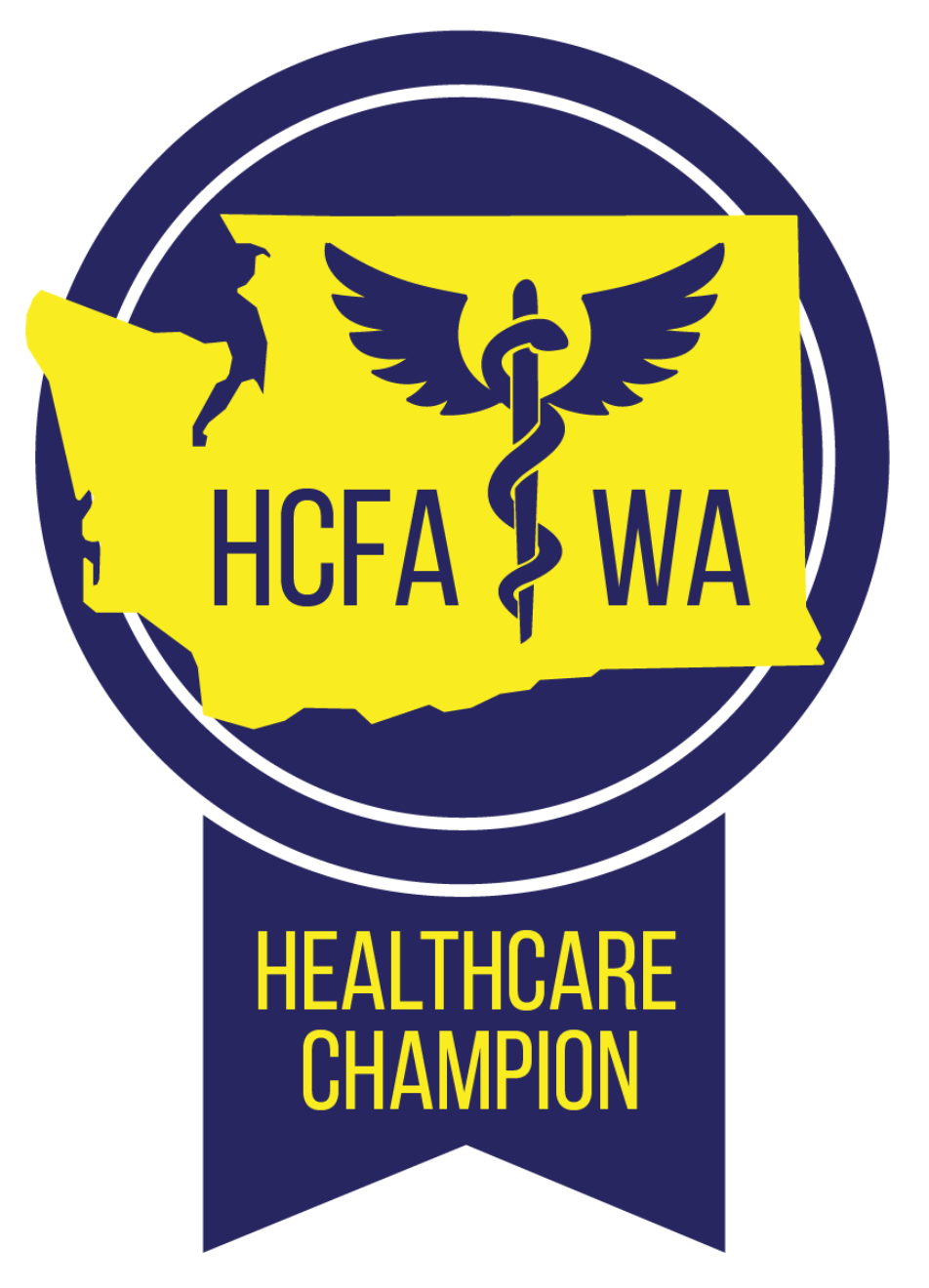 Please share this article, and the results, with your network of friends, families, and allies.