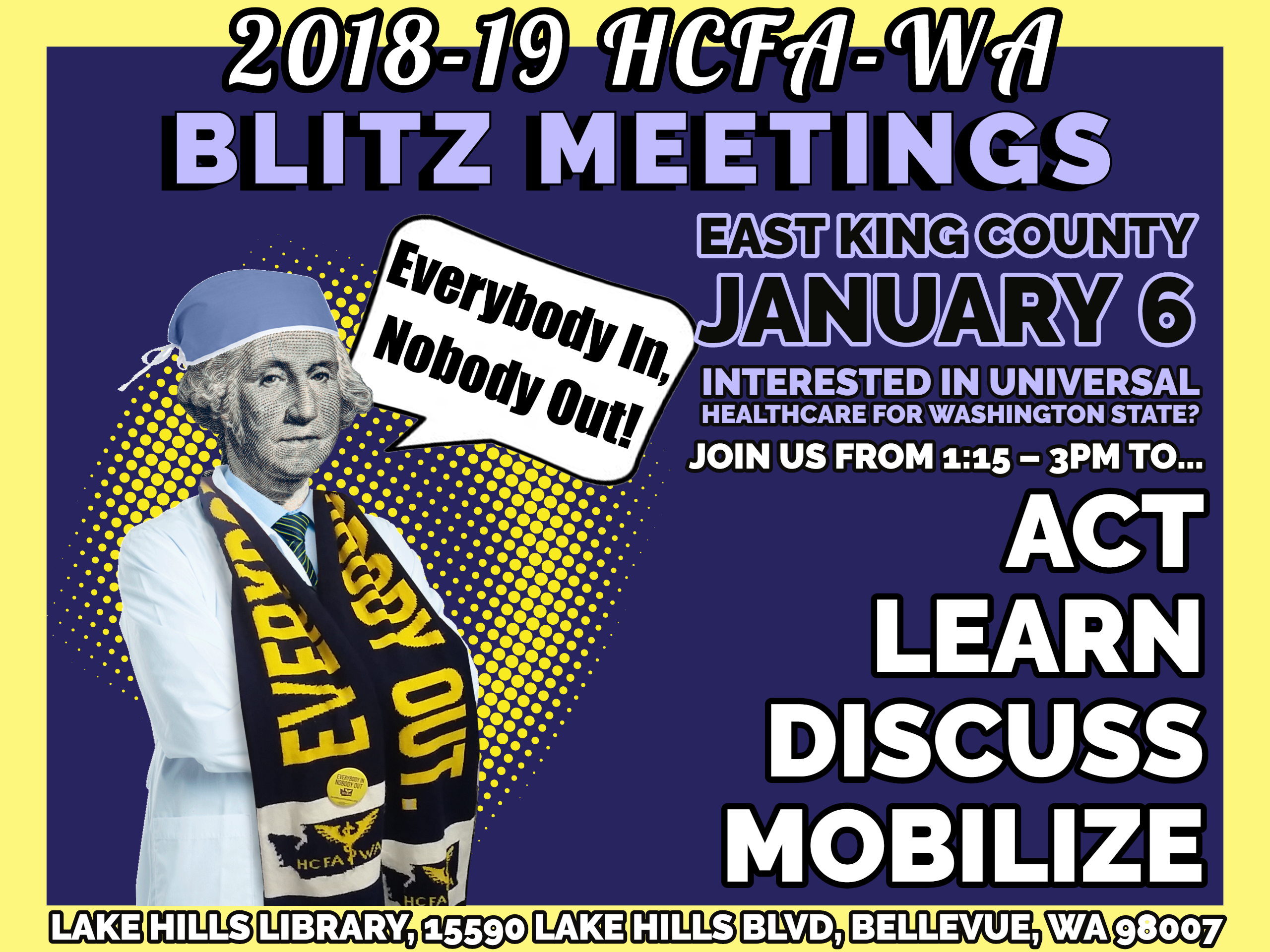 Join us to discuss several pending bills in the upcoming 2019 legislative session, meet fellow supporters in your legislative district, and learn how to take action and help achieve single payer healthcare for all Washingtonians!

The following East King Co. legislators have been past co-sponsors of the Washington Health Security Trust bill (WHST) or who declared themselves supporters in the recent election campaign.