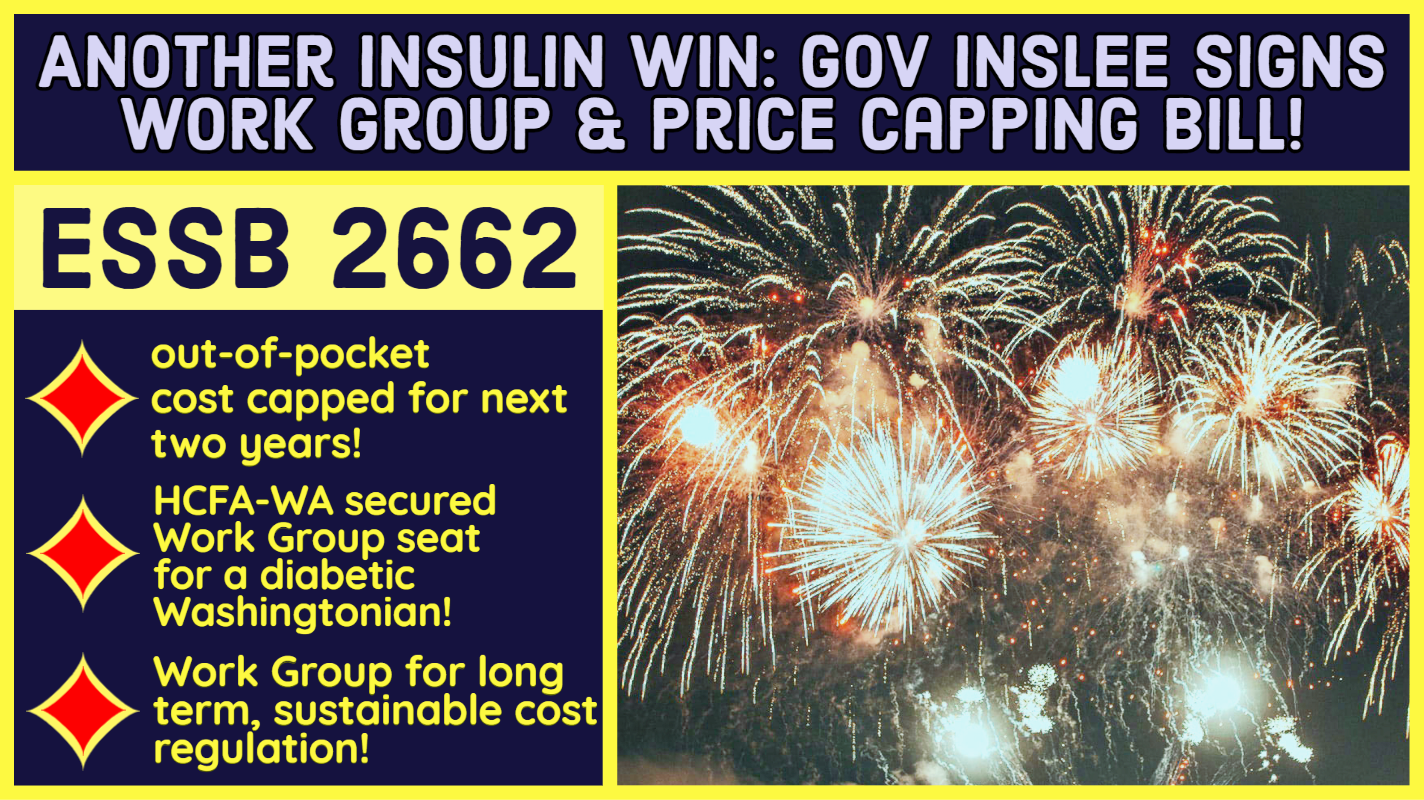 Establishes the Total Cost of Insulin Work Group; Caps the total out-of-pocket cost for a 30-day supply of insulin at $100 for two years.

What it means for Health Care for All-Washington

HCFA-WA developed a proposal last summer to have the state cover the cost of insulin and supplies for people with insulin dependent diabetes, using a model based on the very successful Childhood Vaccination Program. Our proposal was picked up, and a lot of legislative and health policy staff work went into what could legally be done in one legislative session. HB 2662 combines two Senate Bills, 6087 (which passed) and 6113.

This is also significant: if the total cost of insulin work group determines that all or a portion of the strategies may be implemented without statutory changes, the health care authority and the prescription drug purchasing consortium shall begin implementation without further legislative direction. Prescription insulin drugs must be covered without being subject to a deductible, and any cost sharing (co-pays) must be applied toward the enrollee's deductible obligation.

Bill changes during the legislative process

HCFA-WA lobbied, and won, the addition of a diabetes patient advocacy group who also lives with diabetes to the work group. The final bill limited the scope of the work group a bit, but the core elements were left intact.

Overwhelmingly supported by both Chambers of the legislature (97-1 in the House, 48-0 with 1 excused in the Senate). The bill was originally developed by Rep. Eileen Cody, who graciously passed the bill to Rep. Jacqueline Maycumber, who told her heartbreaking story of her toddler son being hospitalized with Type 1 diabetes. Several other members of the legislature have diabetes or have family members with the disease.