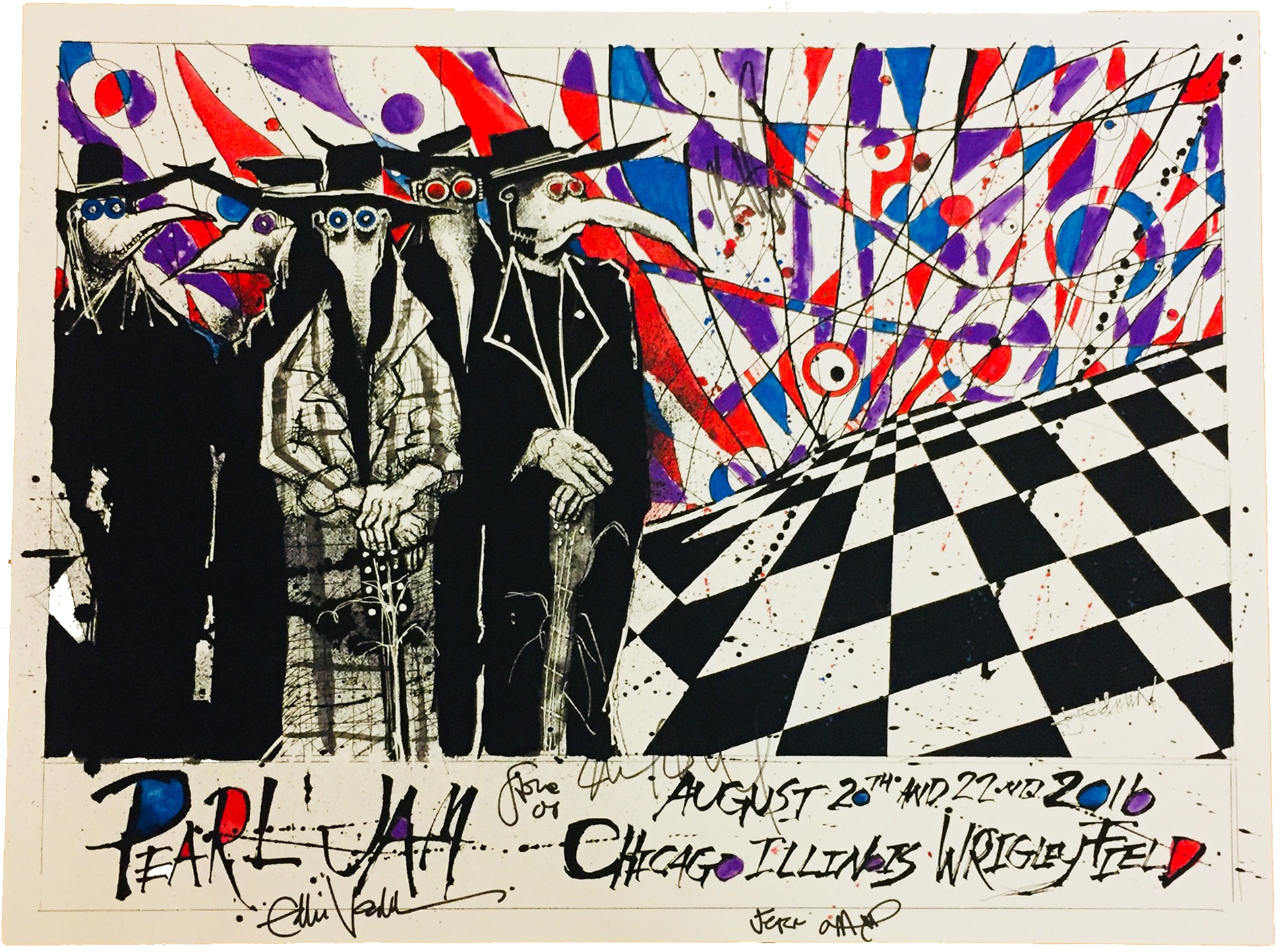 We're super excited about this auction item from none other than Seattle legends Pearl Jam!

This poster, signed by all PJ members, comes from their historic 2016 shows at Wrigley Field in Chicago. Those shows were the foundation for the 2017 documentary Let's Play Two, detailing frontman Eddie Vedder’s longstanding love for The Chicago Cubs. This poster is a must-have for Pearl Jam fans, and especially for any fan who attended one of those shows. It can be yours on July 28th. 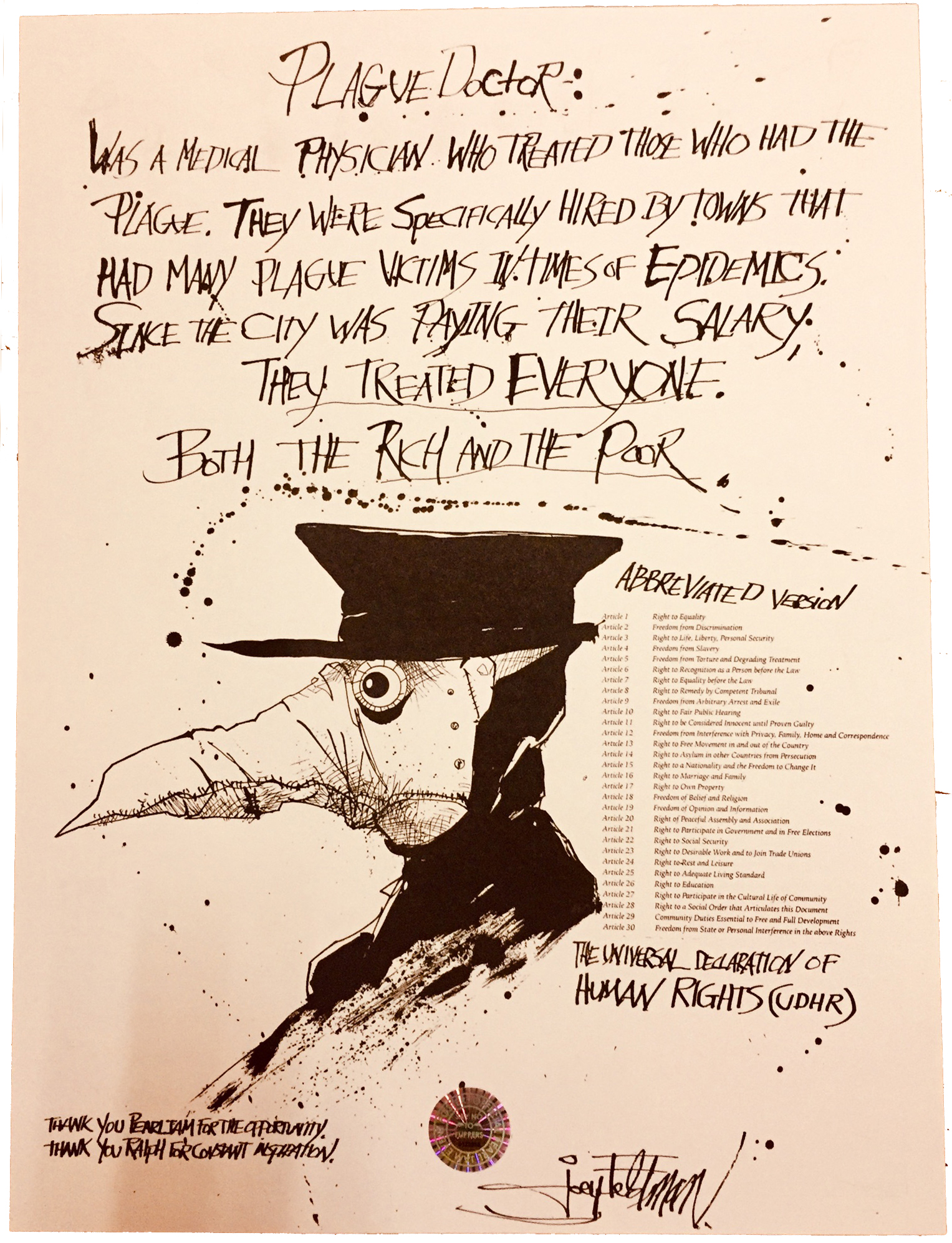 We love Pearl Jam extra for this selection, because it features an illustration of a man in a beaked plague doctor mask and reads: "Plague Doctor - Was a medical physician who treated those who had the plague. They were specifically hired by towns that had many plague victims in times of epidemics. Since the city was paying their salary, they treated everyone. Both the rich and the poor."

More about the poster: “This 24" x 18" 4 color silk-screen poster was created and designed by Joey Feldman for the band Pearl Jam and their 2 sold out nights at the famous Wrigley Field stadium in Chicago. This edition is a variant of the original poster and is strictly limited to 100 pieces. Each print also features an additional image on the reverse side with an official Pearl Jam hologram sticker.”

We can’t thank Pearl Jam enough for this donation. They have a long history of supporting social causes in Seattle, and we are honored to join that list.

Read on here if you’d like to join their ongoing battle against homelessness in Seattle.