Greetings, Universal Health Care activists! We hope that July’s warming temperatures and emerging sunshine are having a salutary effect on your spirits. We hope you’re able to stay safe, healthy and find ways to ground yourself and get connection and support amid the dizzying array of news and uncertainties in these difficult times.

We have a lot to talk about this month, maybe grab a cup of tea (or something stronger!) for this one!

To get started, a little food for thought:
“Racist policymakers drum up fear of antiracist policies through racist ideas, knowing if the policies are implemented, the fears they circulate will never come to pass. Once the fears do not come to pass, people will let down their guards as they enjoy the benefits.” - Ibram X Kendi, How to Be an Antiracist

Kendi makes the point that broad public support for policies often increases after the policy change is implemented. Examples include White support for desegregated schools and neighborhoods, and for interracial marriage.

This principle surely applies to policies moving toward universal health care. Resistance to UHC plays on fears of “socialism”, of “government control” and even “death panels”. But these fears do not come to fruition when UHC is adopted, and public support becomes stronger. Examples include Americans’ public support for the ACA, and Medicare, Canadians’ support of their Medicare programs, in addition to strong public support for UHC which has lasted for decades in other countries worldwide, even despite challenges.

The State primary election is underway, as ballots were mailed out July 17. As we have done in previous years, HCFA-WA surveyed candidates regarding their position on state-based universal health care policy. This year we asked one simple question of candidates for legislature, Insurance Commissioner, and Lieutenant Governor:

“Do you pledge to support legislation for high quality, sustainable, affordable, publicly funded health care for all Washington residents?”

The good news: 104 of the 138 legislative candidates who did respond are full supporters of publicly funded universal health care. There are some wonderful surprises among supporters, including 15 people identifying as other-than-Democrats, including two Republicans, three Independents, and one Libertarian.

The bad news is the many who did not respond to the survey include people in extremely competitive races. Most polls show that health care remains among the top voters’ concerns and they want to know where their candidates stand!

This fourth meeting of the Work Group discussed three general healthcare models that will be analyzed and dynamically modeled by the actuaries so that variations can be considered by Work Group members at their next meeting on August 25th.

For more on Marcia’s takeaways from the meeting, and questions discussed in the small groups, click here. 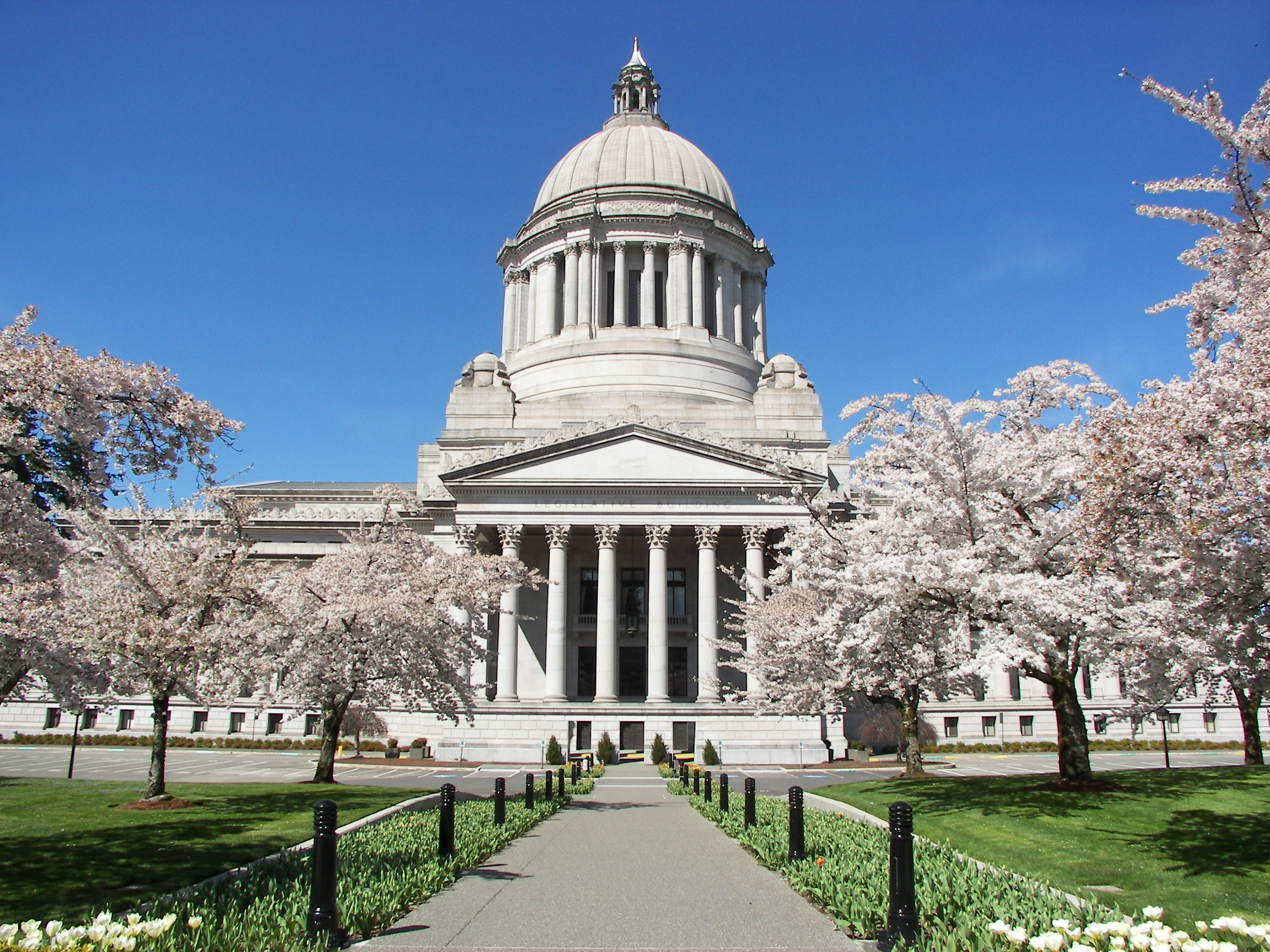 Washington moved forward this month toward providing affordable health care for more Washington residents, as the Governor announced that five insurance carriers have applied to offer plans on Washington’s Health Care Exchange under Cascade Care, a “public option” program which passed in 2019, and is intended to start coverage on Jan 1, 2021. The Office of Financial Management estimates that as of July 11, about 700,000 residents lack health insurance.

The legislation tasks HCA with “the goal of negotiating for plans that reduce premiums below the average premiums for plans in the same metal tiers in Washington during the 2019 plan year.” The opening proposals, which are subject to negotiation with the Health Care Authority over the next months, have premiums that are on average 5% higher than the average price from 2019, with one plan coming in at 21% higher! The non- Cascade Care Exchange plans’ proposals for 2020 have decreased 1.57% from the 2019 average premium price. However, this is less than the decrease in the overall market premiums of 1.79%. Perhaps Sen. David Frockt’s expectation that “this effort has also put downward pressure on premiums for some non-Cascade Care plans that will now be competing against these plans” has proven true.

The carriers offer coverage in 22 of Washington’s 39 counties. The HCA has not indicated which counties. More on the bill’s objectives, the five carriers and implementation plan can be found here.

The Cascade Care plans will help "fill in the gaps" in our current patchwork system of health care delivery and are further examples of the "healthcare status quo." It is expected that the data generated by the Cascade Care Work Group as the plans are rolled out will be an important reference point against which to measure the more inclusive models of truly universal health care that are being considered by the Universal Health Care Work Group. For details on the UHC Work Group, please refer to the recap above.

In June, the Washington State Office of Financial Management shared the news that Washington’s projected Near General Fund revenue collections for the 2019–21 state budget decreased by nearly $4.5 billion, according to estimates released today by the Washington State Economic and Revenue Forecast Council. The council also reduced the Near General Fund forecast for the next biennium (2021–23) by more than $4.3 billion. Those reductions inform the references by legislators and the Governor to the $8.8 billion budget shortfall. In May, the governor directed cabinet agencies to freeze hiring, personal services contracts and equipment purchases. Meanwhile, the Office of Financial Management directed agencies to identify options to reduce fiscal year 2021 spending by about 15%. OFM performs an ongoing role in the planning, analysis, and implementation of the state’s operating and capital budgets.

Purchasing health insurance on the Health Benefits Exchange while receiving unemployment is confusing at best; unemployment insurance is considered income, and for many of those receiving the federal benefit of $600 per week, their government benefits prevent them from qualifying for Medicaid. What one hand of government giveth, the other taketh. And the leg on which we’ve been standing – the Pandemic Unemployment Assistance contained in the Coronavirus Aid Response and Economic Security Act (the CARES Act) – expires July 31, unless Congress, the Senate, and the White House agree to a new package.

Meanwhile, the cases of COVID-19 are skyrocketing once again, surpassing all previous levels both here and nationwide. And that will cause a re-closing or slowing of the phased opening of our economy. When people can’t work, they can’t spend. And when they can’t spend, the state’s sales-tax-based economy will continue to decline, and the budget crisis will only worsen. 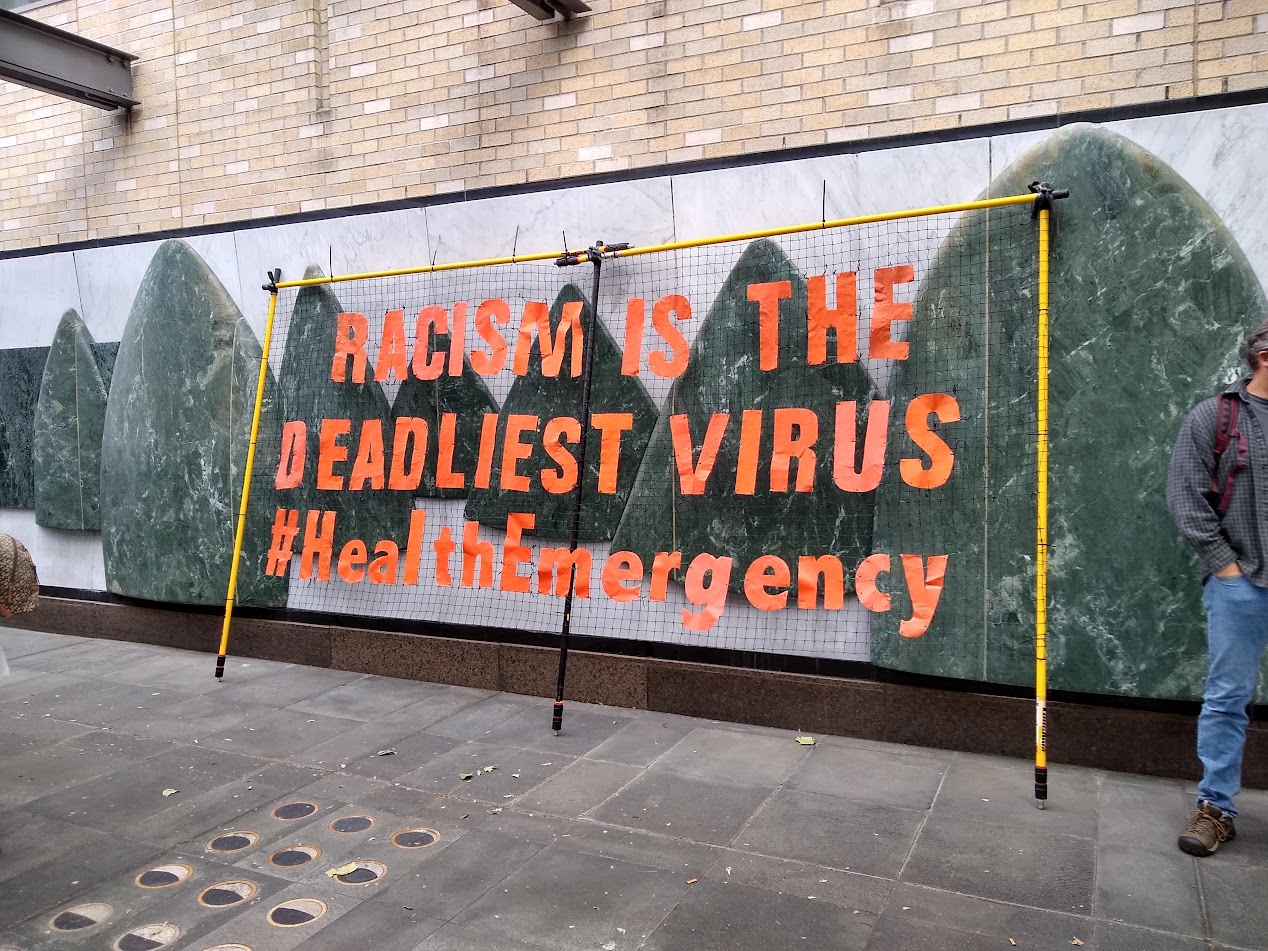 June 6, 2020, in the midst of the COVID19 and American racism pandemics, 7,000 Health workers marched in Seattle for racial justice. We marched from Harborview to Seattle City Hall, a sea of scrubs white coats, Black Lives Matter signs, and masks.

Organizers from UW and Harborview were hoping for 500, and 7,000 showed up, all masked for COVID19 protection. It was a great show of care and solidarity to stand up for Black Lives Matter, to "Demand justice to end police violence".

It was inspiring to be with so many doctors, nurses, health care students, health workers from many areas, all together, to express our support and call for racial justice. We bicycle brigade volunteers protected the marchers from vehicles. It makes me want to continue to stand up against White supremacy, and stand in solidarity with Blacks, Indigenous, and People of Color (BIPOC).

Check out the Crosscut article with video from the march. 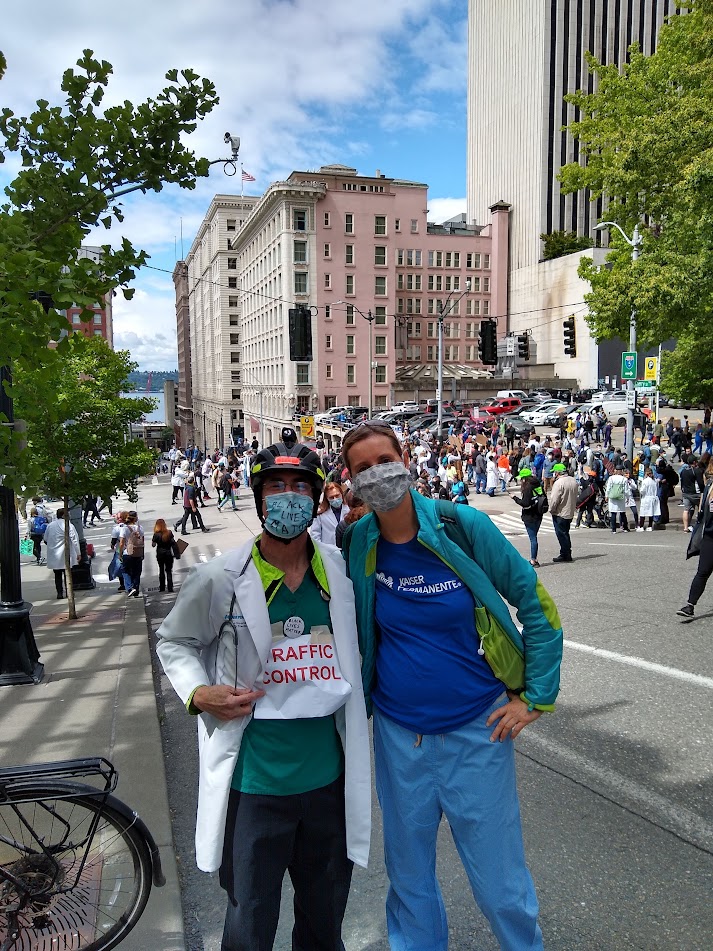 Did we miss an event, perhaps virtual, coming up in a month or so? Let us know ASAP and we’ll post it on Facebook!