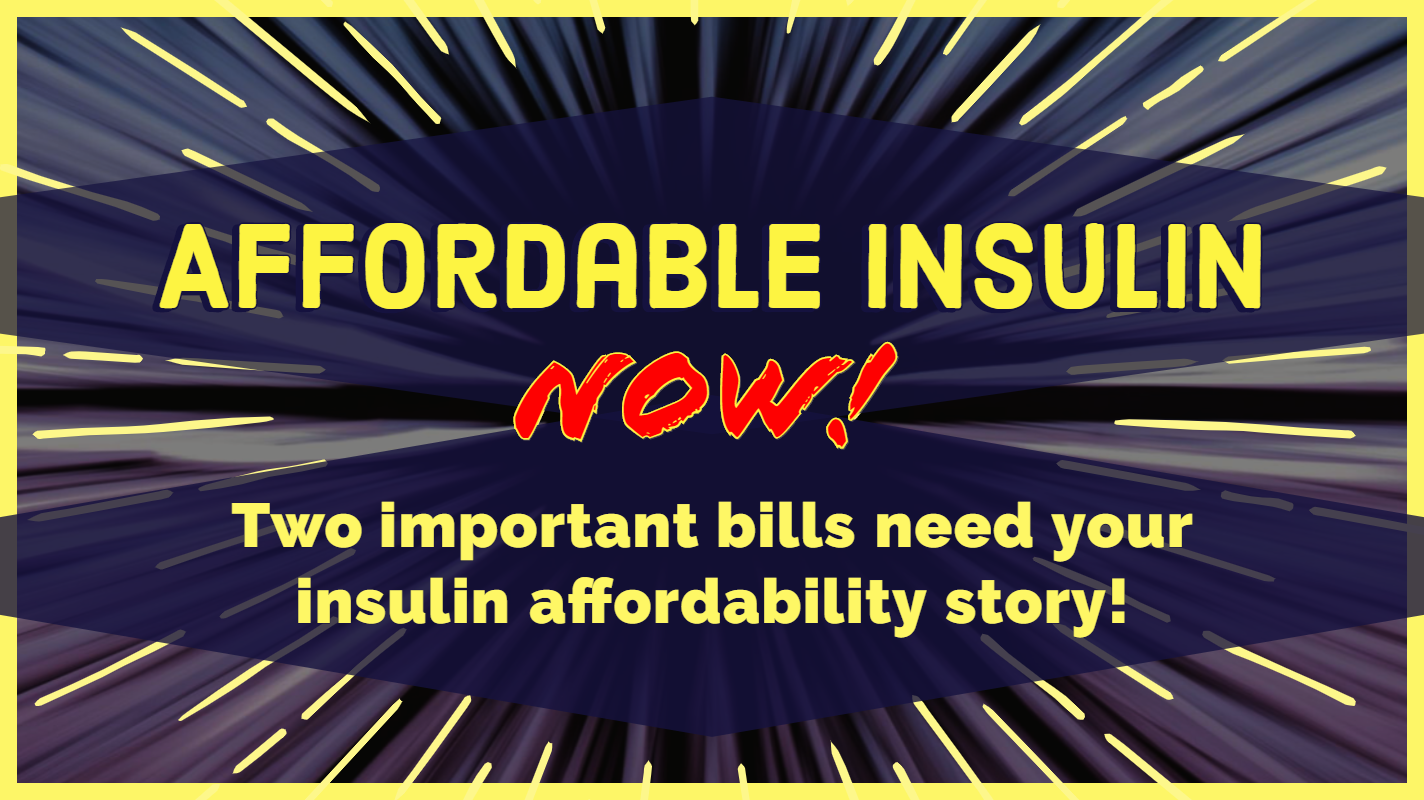 We are proud of HCFA-WA's off-session work with legislators, including bill sponsors Senator Keiser and Representative Eileen Cody. Our collaborative work produced legislation that, if passed into law, will provide vital, life-saving drugs at more affordable rates.

Senator Karen Keiser has pre-filed two bills to try to get a handle on insulin costs. We expect Rep. Cody to file companion bills in the House of Representatives soon.

We urge our members to take action to support these bills. We especially need to hear your stories of you or a loved one having difficulty accessing insulin because of the cost.

➤ Email the Senate Health Care Committee in support of these bills here.

➤ Attend the hearing and sign-in in support of the bills. Friday, January 17th, Senate Health and Long-Term Care Committee, 8 am, Capitol Campus, Olympia

★  20.9% of the senior population age 60 and older have diabetesibid

★ The cost to the State of Washington, hospitals, and clinics of treating emergency and urgent care for diabetics due to improper management, care, inadequate quantity or appropriate drugs of a preventable condition results in hundreds of millions of dollars, leading many facilities to bankruptcy. 5

★ This bill would cap out-of-pocket payment for insulin (in the form of co-payments or deductible requirements, for example) to $100 per 30-day supply.

★ The bill requires the state Health Care Authority to monitor the wholesale cost of all insulin products sold in WA.

★ The bill prevents insurers from dropping or reducing coverage.

★ The program would expire on implementation of another bill being introduced, a centralized state insulin purchasing program. (Which we’ll present next!)

★ We support this bill as it would provide needed immediate help with insulin costs, particularly for Washingtonians who need it the most.

★ While there has been concern that it may lead to insurers raising premiums, this has not happened in Colorado, which had a similar law take effect this year. Illinois also passed a similar law and we’ll be watching how the insurance industry responds.

★ This bill along with others will put pressure on pharmaceutical companies to lower their prices.  Washington is one of many states taking on the pharmaceutical industry, and we are beginning to see some drug profiteers responding to pressure.

★ This bill creates a single state-based purchasing entity for insulin to leverage buying power of all insulin purchasers and thus lower the cost.

★ Participation is voluntary. This includes health insurers and individuals who lack prescription coverage and other purchasers of insulin.

★ The Northwest Prescription Drug Consortium will act as the purchaser.

★ The purchasing strategy will be developed by a work group with representatives from a wide variety of stakeholders and entities.

★ The program could begin by December 2020 if no statutory changes to the plan are required by the legislature.

★ Makes insulin and supplies more affordable for hundreds of thousands of Washingtonians.

★ Expands the role of the Northwest Prescription Drug Consortium to act as a publicly funded, publicly administered single purchasing entity for insulin. This can create a pathway toward expanding to a state-based universal drug plan.

★ The work group tasked with developing the purchasing strategy is missing some important members. We will be advocating for representation from people with Type I and Type II diabetes, Diabetic advocacy organizations, health advocates for marginalized groups, and physicians specializing in the treatment of diabetics as well as primary care physicians

A third bill, creating a Drug Affordability Review Board, would track and regulate the prices of drugs deemed to have excessive costs. This has our interest because a drug review board is a component of our Washington Health Security Trust bill, HB 1104.

1. The Burden of Diabetes in Washington, American Diabetes Association

3. How much difference will Eli Lily's Half-Price Insulin Make?,  NPR