Medical Debt and Bankruptcy: “Even with Insurance”

The US has the highest burden of personal medical debt and medical bankruptcy of the developed nations.  In 2016 Americans had $81 billion in collections for medical reasons. In 2019 it was estimated that 137 million Americans, about 26%, faced medical financial hardship.  62% of these report having health insurance. One fifth of those with medical financial hardship declare bankruptcy.

Since the COVID pandemic, new medical debt has been somewhat suppressed because of deferral of care for elective procedures, for fear of COVID infection, and being newly uninsured.   The CARES Act relief allowed some people to get their outstanding bills paid.  But there have been many reports of staggering medical bills, as well as co-payments charged when they shouldn’t have been and claims erroneously denied by insurance companies, all associated with COVID care despite legislation designed to protect patients.

To date, only 5 states, Massachusetts,  New Mexico, Idaho, Michigan, and Minnesota, have enacted cost sharing waivers for COVID treatment.  Many cost-sharing waivers established by insurance plans have already expired or are set to expire in December.

The people most adversely impacted by medical debt, BIPOC and people with lower income, often experience aggressive debt collection tactics such as placing liens on patients’ homes and garnishing wages, which add to their financial hardship and stress.

This story of a young employed man who experienced a serious heart condition provides a heart-wrenching illustration of how being insured does not always protect people from medical debt.

How Does Washington Compare?

In Washington State, in 2018 it was estimated that 1 million (17.7% of the adult population) adults had unpaid medical bills. Our median medical debt in collections was estimated at $559.

Washingtonians are fortunate to have a somewhat lower medical debt burden than the national average, but these numbers should and could be much lower, with comprehensive state-funded universal healthcare.

Until recently, Washingtonians were being hit with surprise medical bills and balance billing, but a law went into effect this year to prevent the practice.  Patients are still exposed, however, to other types of insurance denials. Washington hospitals, like other states, have been sued for not providing charity care to eligible patients.

The US has by far the highest medical costs per capita of developed countries, and this is due primarily to higher prices of care and medicine, not higher utilization.  The US also has the distinction of having the highest per capita out-of-pocket expenses (at $1,122 annually)  of all the OECD nations.

Medical debt is a feature, not a glitch of our current healthcare system.  It is a natural consequence of the way commercial insurers, providers and employers relate. The system allows hospitals to set the prices, and commercial insurers, rather than negotiating and putting pressure on hospitals to reduce prices, go along and then pass the costs along to consumers via higher premiums, higher deductibles and co-insurance, allowing further price increases. How long can we tolerate these spiralling costs???

“We have an irrational marketplace where price gouging has become an accepted way of doing business.”--Marty Makary, Professor and Surgeon, JOHNS HOPKINS

All the while, wages are not keeping up, forcing people to make agonizing choices about health insurance, health care, and meeting their basic needs.  It’s no wonder that medical debt is so prevalent.

What is being done?  Lots of hoop-jumping. 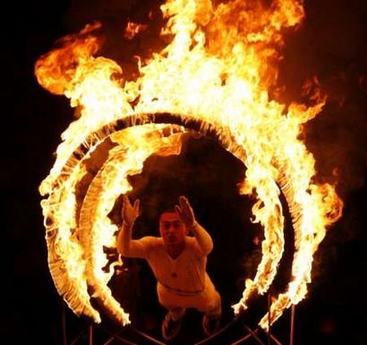 While admirable and inspiring efforts are being made by charitable organizations to purchase and remove the medical debt of the most vulnerable, this is addressing just the tip of the iceberg.  It cannot reach all in need.  There are valiant stories of people fighting to have debt and bills reduced, and a quick internet search will yield plenty of expert advice on how to negotiate payment plans and keep bill collectors at bay.  But vulnerable and marginalized people with serious health challenges often do not have the time or resources necessary to fight this fight. They shouldn’t have to.  Undocumented people may fear exposing themselves to deportation if they fight medical bills.  They shouldn’t have to.

The ACA attempted to address the problem of poor people getting hospital bills by requiring non-profit hospitals to provide charity care and in return the hospitals got tax-exempt status. But many patients were not informed of their eligibility for charity care by the hospitals and in some cases were outright denied even when they applied.  The application process itself is formidable and the documentation required to demonstrate eligibility leads to many rejections.

A Kaiser Health News analysis reports that 45% of nonprofit hospital organizations are routinely sending medical bills to patients whose incomes are low enough to qualify for charity care.  Some of these patients are aggressively sued or have had wages garnished.  Several hospitals have been sued, including Washington’s CHI Franciscan, for failing to provide charity care to eligible patients.

We are fortunate in WA that the legislature passed legislation to prevent surprise billing and balance billing, and our Attorney General has gone after hospitals that failed to provide charity care.  But we continue to have high prices of care and medicine and high cost-sharing in our state.

What must be done?

People in countries with universal health care are astounded at the degree to which Americans must choose between avoiding debt and getting needed health care.

Publicly funded universal care that restricts out-of-pocket expenses, is free at the point of care, and removes uncertainty of medical costs seems the obvious solution to not only medical debt and bankruptcy, but also the wasted resources put into charity backstops and uncompensated care reimbursement schemes.  Publicly funded and administered health care will reduce administrative costs and allows greater leverage for the purchaser of health care to keep prices low and closer to actual costs.

Simply put: we need state-funded universal care to lower the price of care and prevent medical debt and its associated financial and social costs.

If you or someone you know is struggling with medical bills in Washington:

Here are some resources: