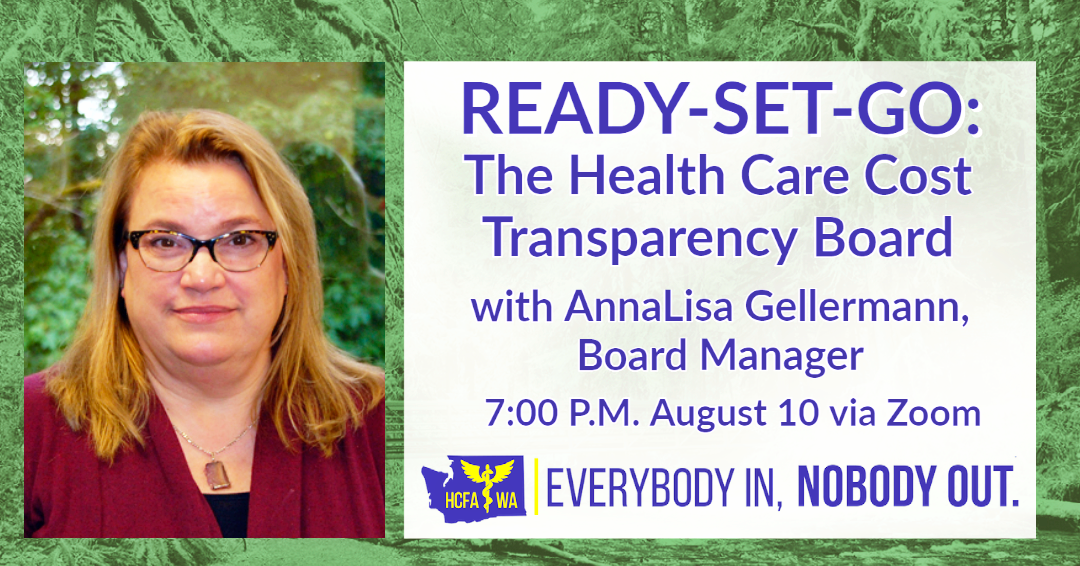 The READY-SET-GO Mandate:
READY - the Board is ready to identify state's expenditures
SET - the Board has set benchmarks to measure changes
GO - the Board is working to make recommendations to lower prices

About AnnaLisa Gellermann: AnnaLisa has enjoyed a 20-year career in Washington government, serving as a public lawyer, regulator, and executive manager in the field of insurance and health policy. She began her state service as an Assistant Attorney General under then Attorney General Christine Gregoire and was later awarded the Attorney General Rob McKenna’s first excellence in service award. She then joined the Department of Labor and Industries, where she managed several programs including the Self-Insurance program, overseeing regulation and claims audit of nearly 400 of the largest companies in the state that self-insure workers’ compensation coverage. She joined the Office of the Insurance Commissioner in 2013 as the Deputy Director for Legal Affairs, and then assumed leadership of the Policy and Legislative Affairs division as well. In 2018, she was appointed by Commissioner Mike Kreidler to be Chief Deputy Insurance Commissioner, the first woman in Washington to hold that role. She joined the Health Care Authority in 2021 as manager of the newly established Health Care Cost Transparency Board and is delighted at the opportunity to work with stakeholders and citizens to take on the rising cost of health care. AnnaLisa has served as a board member for WSHIP, WHCFA, and for Behavioral Health Resources, and currently serves as a Board member for Kids’ Chance Washington, whose mission is to provide educational scholarships to children and spouses of Washington workers permanently or fatally injured in a workplace accident. She lives in in Olympia with her partner and her terrier Rosie.