HCFA-WA’s primary mission is to achieve state-based universal health care, but we are also a founding member organization of the Health Care is a Human Right (HCHR) Campaign. As such, we participated in recent meetings with Staff members of Washington State’s two Senators, Maria Cantwell and Patty Murray. Our “ask” for the Senators was first, do no harm to the existing ACA, Medicaid, or Medicare programs, and, second, do everything possible to advocate with their colleagues in both houses of Congress for true health care reform. 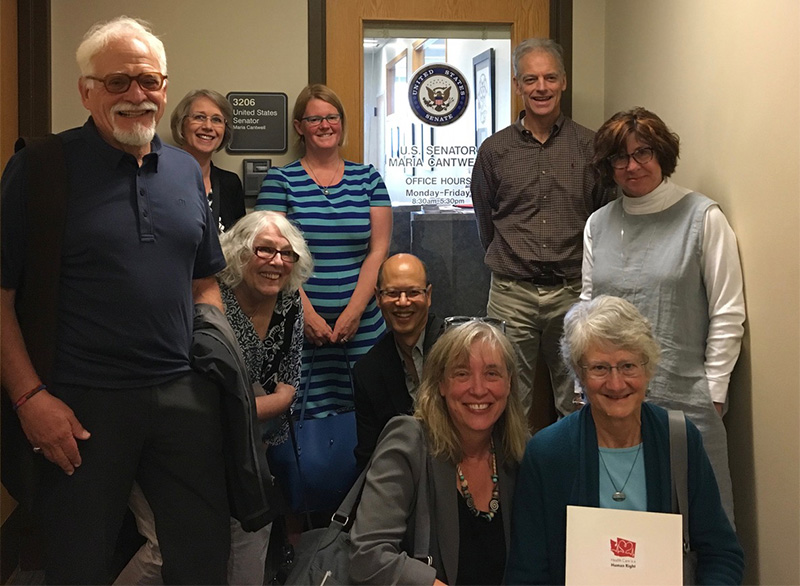 We asked them specifically to co-sponsor the Senate version of House Bill HR 676, the Improved and Expanded Medicare for All Act. While neither Sen. Murray’s nor Sen. Cantwell’s staff could promise that the senators would agree to do this at this time, they encouraged us to continue our state-based efforts and to continue to contact their offices with our concerns. We assured them that we would do so, and that we would also like to have follow-up meetings with both Senators’ health-care policy experts. We left copies of the Toolkit prepared by the Health Care is a Human Right Campaign for each Senator, as well as copies of the DVD “Fix It: Health Care at the Tipping Point.”

There is much uncertainty around health care reform at the Federal level. Bolstered by our Senators’ advice, we continue to be certain that true health care reform will occur first in a single state. To all our supporters, we say “Thanks for continuing to do what you do!”

Marshal Andrews commented on Senators Murray and Cantwell: “Keep Doing What You’re Doing!” 2019-04-02 20:47:24 -0700
I love what you said here. You can thank us for our support but I want to thank you for your hard work! Marshal https://www.irrigationvictoriabc.com/ native to Washington, living in Victoria BC. Love you guys!

Marcia Stedman commented on Senators Murray and Cantwell: “Keep Doing What You’re Doing!” 2018-06-12 16:08:29 -0700
Hi Lael, Thanks for your question. Health Care for All-Washington has not endorsed I-1600. While we wish our friends at Whole Washington well, we continue to focus our time and resources on pursuing our strategy of a legislative fix to Washington’s health care access problem.