In this eBulletin: First Work Group Convenes Sept. 20, Lowdown on ACA Premium Increases, Medicare for All Q & A eBook, & more!

With your hail-Mary pass grassroots advocacy, we were able to secure the Universal Health Care Work Group in the 2019 state legislature. Now the members of the Work Group have been appointed, and the first meeting convenes:

The meetings are open to the public, and there will be time for public comments. The Health Care Authority hopes TVW will record the meetings.

HCFA-WA's goal for the Work Group: To advance single-payer healthcare in Washington state and ensure that the legislature will create, implement, maintain, and fund a universal health care system that includes publicly funded, publicly administered, and publicly and privately delivered health care.

It is important that our supporters attend the meetings to make visible the overwhelming support for a state-based single payer system. Please read more about the meeting, including a link to form carpools and meeting preparation here. We hope to see you and our allies there! 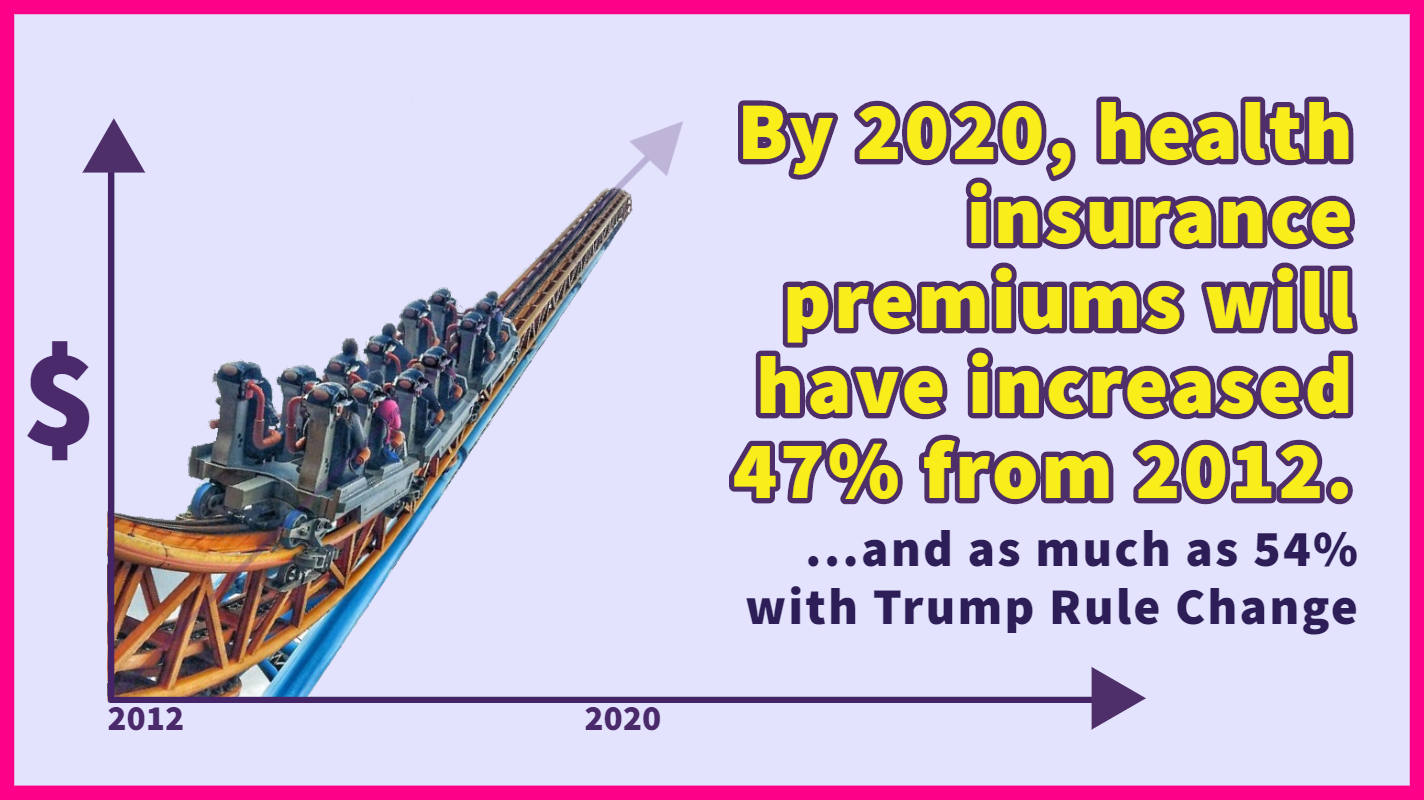 Read the first of our two-part series The Lowdown on Premium Increases that explores the impact of the increases that have happened in the individual market in Washington state since the inception of the Affordable Care Act in 2014, including a second round of Trump Shock to health care costs expected in 2020. Part Two will examine the economic realities families face, and *spoiler alert* we learn that if the premium increases continue, it won’t be long until ACA health care coverage will be unaffordable.

The need for high quality, sustainable, affordable, publicly financed, and publicly administered health care for all Washington residents could not be more urgent!

Answers to Your Medicare for All Questions! 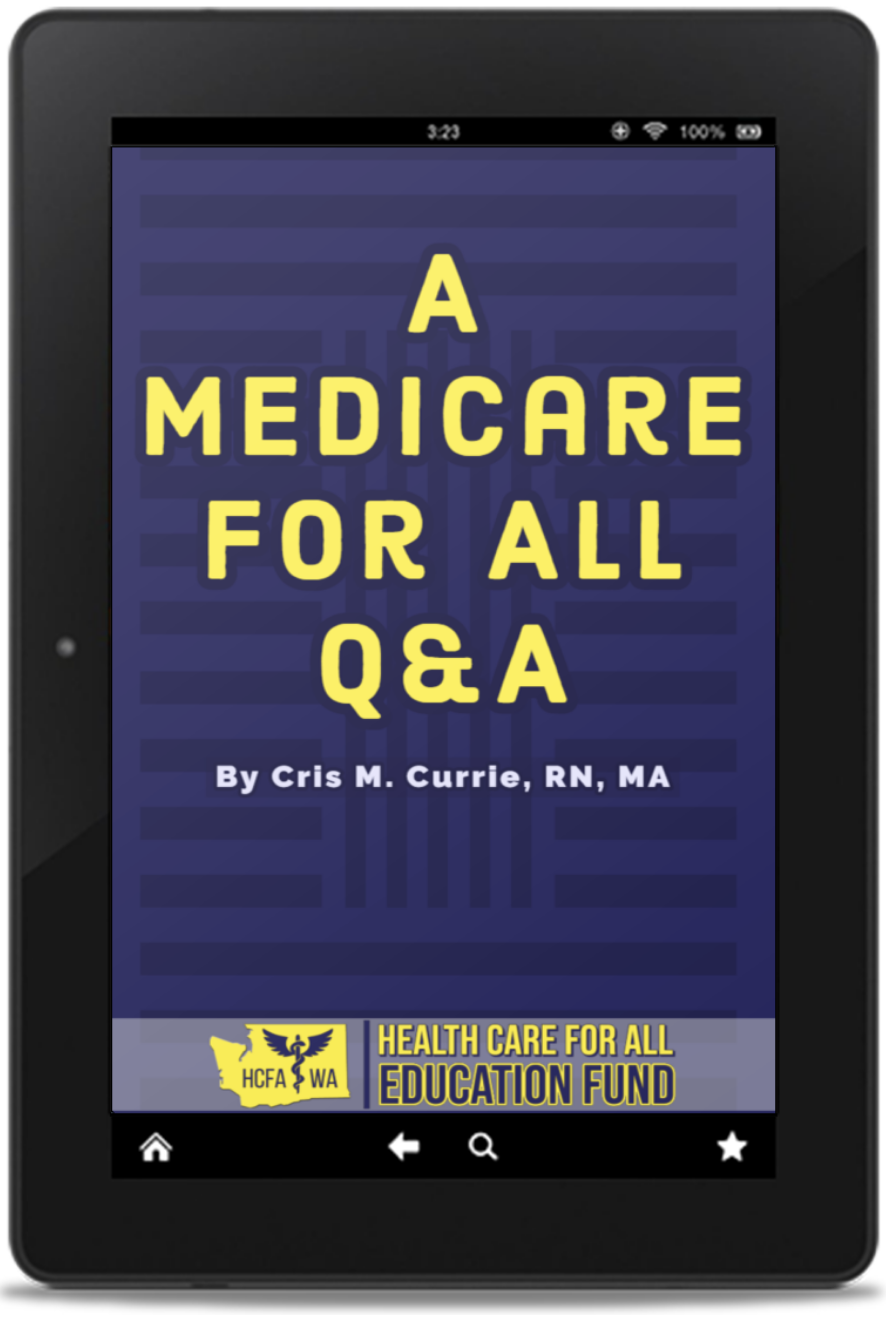 The Health Care for All Education Fund is proud to announce HCFA-WA Spokane member Cris Currie's new e-book Medicare for All Q &A. It answers sixty-six questions about Medicare for All. Read it all the way through, or dip into it to address current events. For example, in response to the surge in public support for Medicare for All, some Democratic candidates have decided that defending the Affordable Care Act (ACA) is the only way forward to resolve the US health care crisis. Here's what the Q & A says about the ACA (emphasis ours):

“Question # 8. Why didn’t the ACA solve the problems?

While the 2010 Affordable Care Act (Obamacare) can be credited with increasing access for more people, ending exclusions for pre-existing conditions, ending rate discrimination against women, reducing overpayments to Medicare Advantage plans, and ending lifetime limits, it has so far largely failed to control the increasing costs of both insurance and health care, and it does not even begin to address the profit-driven corporatizing which treats sick people as commodities and providers as tools.”

We will be featuring questions from the eBook on Facebook and Twitter to help you be prepared for your all your Medicare for All conversations raised at the water cooler, the next Democratic debate, or family gatherings.

If you find yourself referring to the A Medicare for All Q & A, we hope you'll support the HCFA-WA Education Fund in its work by adding to the tip jar. Every little bit helps!

Pharma Crime: Basing Cost of Drug on the Cost of Life

HCFA-WA Board Member and Pharmacist Ronnie Shure spoke at the People Over Pharma Profits Rally last month. "The crime is that pharmaceutical companies base the cost of drugs not on the actual cost, but the cost of life." It is as though the drug companies are saying, "How much are you willing to pay to save your life? That's what we'll charge." This is why we must continue the fight to demand single-payer health care -- the only solution. Watch Ronnie's remarks: 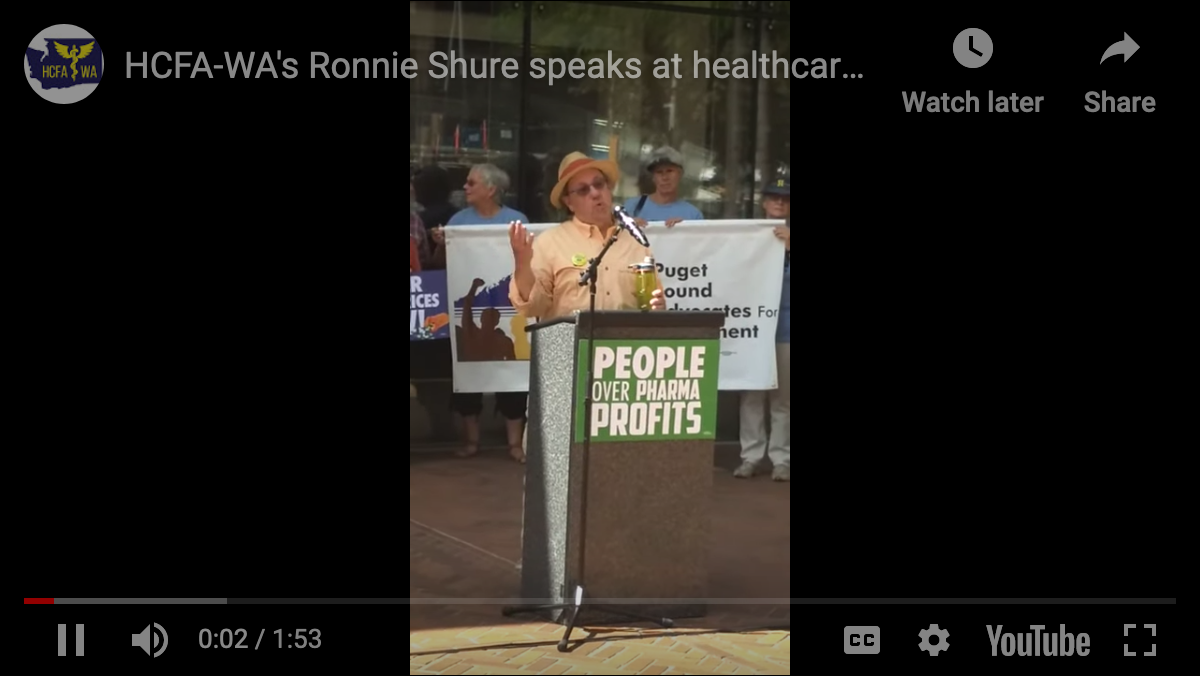 In case you missed it, you can head over here to ensure federal funding for Washington's 300+ Community Health Center sites. A robust Community Health Center system is critical for a single-payer health care system. Learn the quick steps you can take to urge your MOCs to reauthorize funding before current funding expires September 30th. Thank you to our friends at Health Care is a Human Right - WA for bringing this important action to our attention.

Health Care in the News 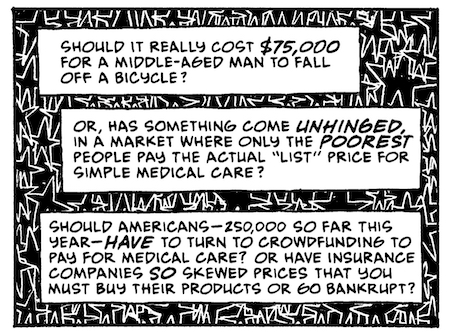 Why Do the Poorest Pay "List Price" for Health Care? A freelance cartoonist, Dustin Harbin, gets in a bike accident and has to crowdsource to raise money to pay his out of sight medical bills -- as 250,000 Americans have done so far this year. Harbin created a New York Times Op-Art comic strip that asks, “Has something come unhinged in a market where only the POOREST pay the actual ‘list’ price for simple medical care?”

Health Care Town Hall Draws 120 in Ocean Shores, WA. Health care in rural Washington has its own special pains, and so it isn't too surprising that a Town Hall devoted to healthcare in August drew 120 Ocean Shores area residents to discuss the need for relief from high premiums, the high rate of uninsured, and a shortage of medical clinics. Rep. Mike Chapman (LD-24) and Rep. Derek Kilmer (CD-6) were in attendance. Read the Grays Harbor News Group article on the town hall and our commentary here.

Ferndale Tragedy Exemplifies Why We Need Single-Payer. The Seattle Times published David McLanahan's Letter to the Editor (LTE) in response to the tragic news about the apparent murder-suicide of an elderly couple in Ferndale, WA who could no longer afford their medical expenses. David is a physician, and single-payer advocate active with Physicians for a National Plan-WW (PNHP-WW) and Health Care is a Human Right - WA.

US Representative Gets Schooled By Constituents. Watch on Healthcare-Now Facebook page: