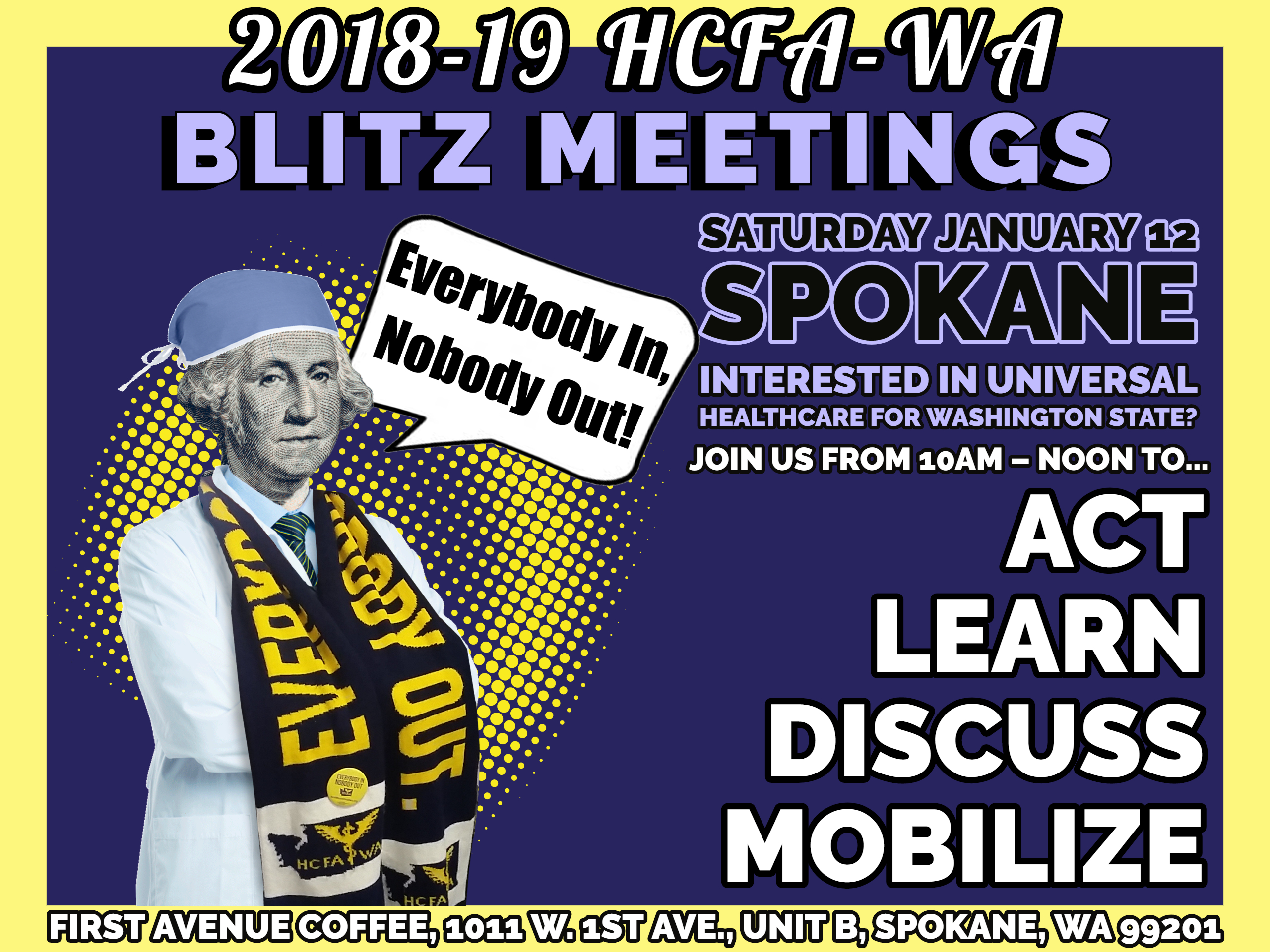 Update on the Status of Universal Healthcare in Washington State 2019

Healthcare for all WA invites you to join us for a discussion on our two universal healthcare bills in the upcoming legislative session on Saturday, January 12, from 10am - noon, at First Avenue Coffee.

The discussion will focus on two bills: first, a bill currently being written by Rep. Macri and Sen. Frockt, known as the “Bridge Bill”, and the second bill, the Washington Health Security Trust, prime sponsored by Rep. Appleton and Senator-elect Joe Nguyen (34th
LD).

This is an opportunity to meet fellow supporters, see which legislators around the state support single payer healthcare, and reach out to the legislators in your district who need to hear from you.