What Are “Consumer Driven” Health Plans? 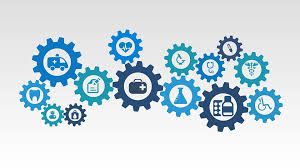 Long-time HCFA-WA supporter and recently retired RN Cris Currie explains the disingenuous origins of the term "consumer-driven" to describe plans that, in fact, only shift more of the costs to the individual while further limiting coverage.

To quote Wendell Potter, “Consumer-driven plans started appearing in the early 2000s when it became clear that the techniques of managed care--the insurance industry’s silver bullet of the 1990s--had not lived up to expectations.” "Consumer-driven plans" are now touted as part of the solution to rising costs and the increasing numbers of uninsured. In essence, they are high deductible, limited coverage plans with somewhat lower premiums. The term was invented by insurance PR executives in an effort to create the myth that consumers were demanding more control and choice over their healthcare spending.

According to the industry, the real drivers of healthcare costs are the patients who receive care that they don’t really need. Insurers have admitted that the mistake of managed care was separating the consumption of healthcare from its costs, which were hidden behind small co-pays. So their updated solution is to give people more skin in the game by placing more of the responsibility for the cost of care on the policyholders (blaming the victim), and giving them new options for less coverage that supposedly will only be used for care that is really necessary. Proprietary studies are frequently cited to support the lie that these consumer activists are saving money and also becoming healthier.

This latest spin by the insurance industry has in fact led to a new crisis: millions of underinsured. The reality of having more skin in the game is either not seeking needed care at all, discovering that your new health issue is not covered, or paying all of your own medical bills (because you are not yet sick or injured enough to meet your ridiculously high deductible), plus your insurance premiums and co-pays as well. This is all so distant from the original concept of insurance that even the term "insurance" no longer applies.

The industry also claims that patients will save money by shopping around, but the urgent need for most medical care, the lack of transparency in pricing, and the highly technical nature of the decisions, make "shopping around" unrealistic if not impossible. The top priority for any insurance CEO is to keep profits and share prices up, and so far, "consumer driven plans" are accomplishing that objective. For basic care, single payer healthcare financing will eliminate these purposeless insurance companies and their spin. It is the only way to bring fairness, peace of mind, and justice to the system.